Xiaomi Mi A1 look and feelThe Xiaomi Mi A1 definitely seems like an upgrade in terms of design compared to any Redmi device launched in India. While it carries forward design cues from already-launched Xiaomi devices, it manages to stand out. It is essentially a variant of the Mi 5X that was launched in China in July. This phone comes in Black, Gold, and Rose Gold colours. We received a Gold unit for review. Initially, only the Black and Gold colours will be available, with Rose Gold units arriving after a few weeks.
The front boasts of 2.5D curved-edge Gorilla Glass, which makes the phone feel premium. The rounded edges and corners mean that it fits easily in a palm, and the 7.3mm side profile gives it sleek appearance. Xiaomi has said repeatedly that the Mi A1 feels great in the hand, and we cannot entirely deny that. The all-metal body looks solid, but the back is very slippery and we had to be extra cautious when using this phone normally. We would suggest that buyers use some kind of case or cover with this phone. Compared to the Xiaomi Redmi Note 4 and Mi Max 2, the Mi A1 comes across as more premium.
Xiaomi has also compared the Mi A1 to the iPhone 7 Plus, and we can clearly see some similarities. The Mi A1’s dual rear cameras are placed similarly, and the antenna lines also look like the ones on the iPhone 7 series. Being extra cautious about overheating, Xiaomi has claimed that all Mi A1 units in India will ship with dual pyrolytic graphite sheets which should radiate heat quickly and decrease temperatures by 2 degrees.
There are capacitive Android navigation buttons below the screen. The power and volume buttons have a good tactile feel, and are placed on the right where they are easily accessible with a thumb or forefinger depending on which hand you are using the phone with. The hybrid dual-SIM tray is on the left, while an Infrared emitter is placed on top. The bottom has a USB Type-C port, a speaker grille, and a 3.5mm audio jack. 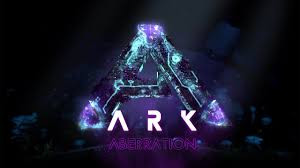