About the game:-
State of Decay 2 is the ultimate zombie survival game in an open world where you and up to three friends build a community of survivors. It’s up to you to establish a base, develop your characters’ abilities, and manage resources to survive as a group in a world where choices matter and every decision has lasting consequences.

Every player’s experience is unique – as you play, the open world responds to your decisions, developing in real time and dynamically offering new opportunities for you to demonstrate your own personal survival priorities. These decisions also result in real consequences that affect your community. Send your best scavenger across the map to gather medicine for a sick friend… but know that they might not make it home. Help your neighbors, and you might make new allies… or you could decide that you need their food supply more than they do. In the end, how you survive might surprise you.
==================================================
Notes:

For people having trouble with crash after 1st logo (intro) try this:
Go to settings — region & language — change default to “United States”, “English United States”…it should be on top of preferred languages
*if it tells you it will download English devices… let it.
restart your pc
play the game from startmenu/Cortana search 🙂 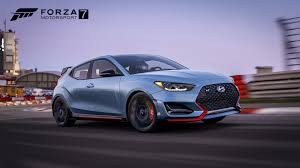