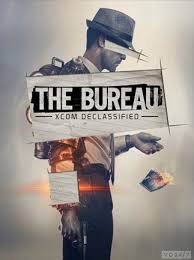 About the game:-
The Bureau: XCOM Declassified is a science fiction video game in the X-COM series, developed by 2K Marin and was released by 2K Games for Microsoft Windows, PlayStation 3 and Xbox 360 on August 20, 2013 in North America. It was released for Mac on November 27, 2013 by Transgaming. The game had been in development under different titles by three different studios since 2006. It was unveiled as a first-person shooter titled XCOM in June 2010 and was repeatedly delayed until its release. In April 2013, the game was rebranded as The Bureau: XCOM Declassified. In its final version, it became a third-person tactical shooter with strategy video game elements.

The year is 1962 and the Cold War has the nation gripped by fear.  A top-secret government unit called The Bureau begins investigating a series of mysterious attacks by an enemy more powerful than communism.  As agent Carter, call the shots, pull the trigger and lead your squad in a gripping third-person tactical shooter set within a covert war to protect humanity from an otherworldly enemy.